Across the Seas - Alpha 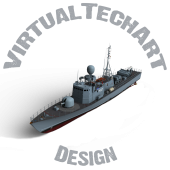